Sebastian Vettel is a German racing driver currently competing in Formula 1.5. After a F1.5 showing in the 2007 and 2008 seasons, Vettel exited Formula 1.5. He has since become a very successful F1.0 driver, winning four championships in that category.

In 2020, after a total of 11 years spent outside the sport, Vettel's current team Ferrari moved down to Formula 1.5. He started the 2020 Austrian Grand Prix as his first race in the category since the 2008 Brazilian Grand Prix.

Vettel was born on 3 July 1987 in Heppenheim, West Germany, to Norbert and Heike Vettel. He has one younger brother, Fabian, a racing driver, and two older sisters: Melanie, a dental technician, and Stefanie, a physiotherapist for disabled children. Vettel suggested in an interview that he was "terrible" at school, but he passed his Abitur at Heppenheim's Starkenburg-Gymnasium [de] with a respectable grade. His childhood heroes were "The three Michaels" – Michael Schumacher, Michael Jordan and Michael Jackson. He mentioned that he wanted to be a singer like Jackson, but realised that he did not have the voice. Vettel is also a fan of the Beatles, collecting several records, including Abbey Road and his favourite song being "Drive My Car". In an interview on Top Gear, he stated that he is a fan of British comedy such as Little Britain and Monty Python's Life of Brian. Vettel lives in Thurgovia, Switzerland, amongst other racing drivers and is a fan of German football team Eintracht Frankfurt. Vettel has described himself as competitive, private, and impatient. He also appeared in advertisements for Head & Shoulders, and provided the voice of character Sebastian Schnell in the German version of the movie Cars 2.

Vettel married childhood friend Hanna Prater at a private ceremony in early 2019. He has three children with his wife: Emilie, born in January 2014; Matilda, born in September 2015; and a son, born in November 2019. In 2016, Forbes estimated that his annual income was $41 million.

Vettel was confirmed as BMW's test driver for 2007. Following Kubica's crash at the 2007 Canadian Grand Prix, Vettel was named his replacement at the 2007 United States Grand Prix. He started in a high position and finished in fourth.

BMW released him in July 2007 to join Red Bull's Scuderia Toro Rosso, replacing Scott Speed from the 2007 Hungarian Grand Prix onwards, as Vettel was already under contract to Red Bull Racing. It was also announced that he would drive for Toro Rosso in 2008 alongside Sébastien Bourdais.

In the rain-affected Japanese Grand Prix at Fuji, Vettel worked his way up to the lead, however, Vettel crashed into Webber under safety car conditions, forcing both cars to retire. Webber said after the race: "It's kids isn't it. Kids with not enough experience – you do a good job and then they fuck it all up". Vettel was initially punished with a ten-place grid penalty for the following race, but this was lifted after a spectator video on YouTube showed the incident may have been caused by other people's driving.

At the next race, Vettel took his first podium and win in F1.5 at China. He was tipped by Red Bull owner Dietrich Mateschitz as one of the sport's big future stars: "Vettel is one of the young guys with extraordinary potential [...] He is fast, he is intelligent, and he is very interested in the technical side."

After four races of the 2008 season, Vettel was the only driver to have failed to finish a single race, having retired on the first lap in three of them. At the Monaco Grand Prix, Vettel scored his first points of the season with a second-place finish. Toro Rosso's technical director Giorgio Ascanelli explained that something changed at the European Grand Prix in Valencia: "Suddenly Vettel understood something about how to drive an F1 car quickly. It made a huge difference – not only to the speed he could unlock but also to his ability to do so consistently."

At Italy he ed for the majority of the Grand Prix and crossed the finish line 12.5 seconds ahead of 2nd place. Toro Rosso team boss Gerhard Berger said: "As he proved today, he can win races, but he's going to win World Championships. He's a cool guy". His victory led the German media to dub him "Baby Schumi".

Vettel was named 2008 Rookie of the Year at the Autosport Awards.

Vettel returned to F1.5 in 2020 after 12 years away. Ferrari's lack of performance saw his return and the teams return. The season started off with an 8th place finish in Austria, before being involved in a first lap collision at Styria with teammate Charles Leclerc, that took both drivers out of the race. Hungary played to the strengths of Vettel and Ferrari seeing Vettel take 2nd place, behind Lance Stroll. At Monza, Vettel retired after a spectacular break failure going into the first chicane. In Turkey, Vettel finished 2nd after a chaotic race and a last lap battle for the lead with Perez and Leclerc. Vettel finished the season 10th with 86 points.

Vettel joined Aston Martin for the 2021 Season, leaving Ferrari. He would partner Lance Stroll and also drive a Mercedes powered car for the first time in his career.

The first two rounds didn't go well, and it looked to be the start of lackluster campaign for the German. At the start of the season in Bahrain, he finished 11th and out of the points, whilst in Imola at the next round, he retired from the race but was classified 12th. Portugal looked better, but not great with a 9th place result which was then completed again in Spain.

In Monaco, Seb started down the order but went for a different strategy to most of the grid which saw him finish third, taking Aston Martin's first podium in F1.5, and his first for the team. In Azerbaijan, he did the same thing after a shabby qualifying. The strategy mixed with safety cars and red flags saw Vettel take his first victory of the season, and his first since Monza 2008. Vettel went on to take another podium at the Hungarian Grand Prix, finishing second, but he was later disqaulifed from the result for not having 1 litre of fuel left in the car. After the summer break Vettel scored 1 final podium for the season at Belgium. The race was decided by the order in which the drivers qualified after the race was declared a washout. Since less than 75% of the race had been completed half points were awarded, meaning Vettel scored 7.5 points rather than the 15.

Vettel finished the season 9th in the drivers standings with 111.5 points whilst teammate Stroll scored 117 points. 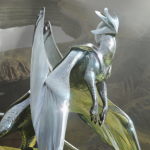